How To Pre Download ‘Overwatch 2’ And Set Up SMS Protect 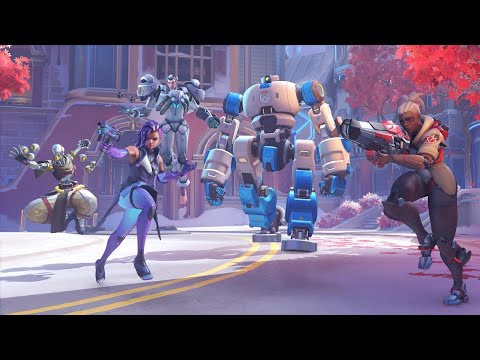 Overwatch 2 will finally arrive on October 4 as a free-to-play game. To make sure you get in on the action as soon as the game launches (well, as long as the servers hold up), you can preinstall the game. It’s worth noting that only returning players and those who bought the Overwatch 2 Watchpoint Pack will be able to pre-download it. Newcomers will have to wait until launch. First, let’s go over how to connect a mobile phone number to your Battle.net account, which is required to play Overwatch 2. One of the key talking points about Overwatch 2 is the fact that all players will need to connect an eligible mobile phone number to their account. That’s already proving controversial. Players with secondary accounts will no longer be able to use them unless they have access to other valid mobile numbers (pro tip: ask your friends or family members very nicely). Moreover, some players are finding that Blizzard’s system isn’t accepting their phone number, which is really not great. Blizzard says pre-paid and VOIP numbers aren’t eligible, for one thing. Also note that you can only use a phone number with a country code that matches the country on your Blizzard account. It may be worth setting up SMS Protect before installing Overwatch 2, since you’ll need to do that before you can play anyway. To do so, go to the Account Details section of your Battle.net settings and enter your full phone number into the phone section. After you do that and hit Continue, you’ll receive an SMS message with a verification code. Enter this on Battle.net and click or tap Continue to complete the process. By the way, if you’re interested in learning more about SMS Protect, I interviewed Overwatch 2 developers about that and other aspects of their plan to mitigate cheating and toxicity. You can read about that here:If you played Overwatch 1 on PC or bought the Overwatch 2 Watchpoint Pack on the platform, you can pre-download Overwatch 2 right now. You may not even have to do much. If you have automatic updates enabled on the PC Battle.net launcher, Overwatch 2 should now download by itself. Otherwise, on the launcher’s Overwatch page, look at the bottom left of the window. Next to the Play button, you’ll see a gear icon. Click this and select Check for Updates. Bear in mind that Overwatch 2 is around a 50GB download on PC. If you see this message, you’ll be ready to go on Tuesday:As for preinstalling Overwatch 2 on PlayStation, Xbox or Nintendo Switch, you’ll be able to start downloading it at around noon Eastern Time on October 4. I believe, but this isn’t confirmed, that you’ll do so by updating the original game or the beta if you still have it installed. Otherwise, check the Overwatch 2 store page on your console. Overwatch 2 is approximately a 30GB install on consoles. First of all, welcome! You’ll need to create a Battle.net account to play Overwatch 2 on all platforms. Make sure to set up SMS Protect as indicated above too.

All data is taken from the source: http://forbes.com
Article Link: https://www.forbes.com/sites/krisholt/2022/10/01/how-to-pre-download-overwatch-2-and-set-up-sms-protect/